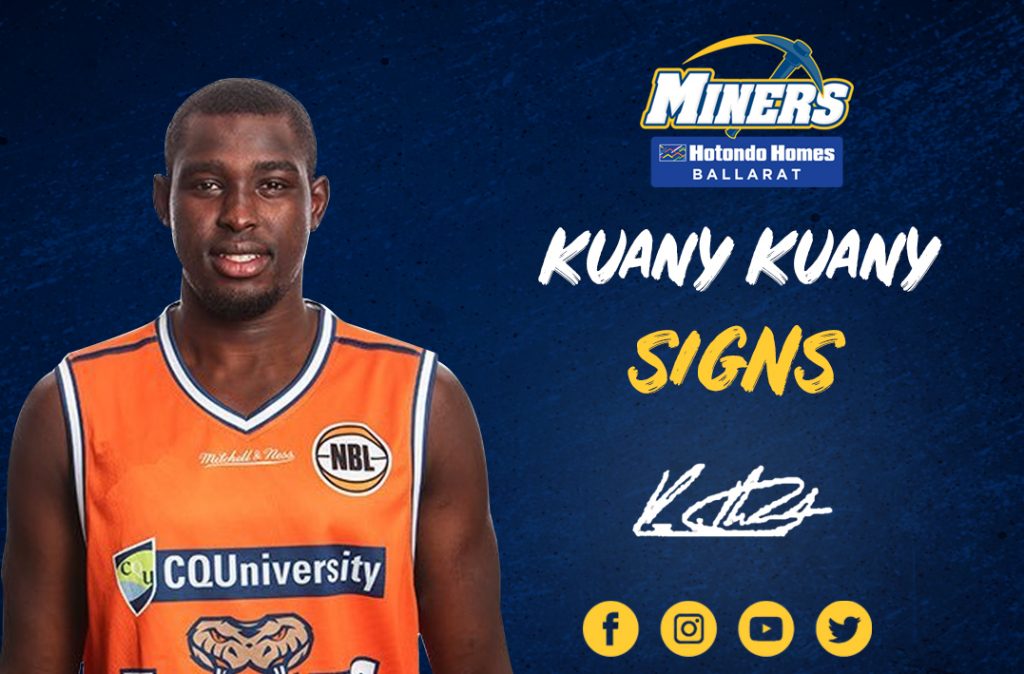 The Hotondo Homes Ballarat Miners have continued to build strongly towards the NBL1 season with the key signing of Kuany Kuany for the 2019 season.

Joining Ballarat from NBL club Cairns Taipans, Kuany says he is excited about joining the Association. Following a disappointing finals exit in 2018, the Miners are hoping to go deeper into the finals, with Kuany a big part of that.

“I’m definitely excited to come to Ballarat … I’ve heard a lot of great things about the association, the people and the fans so I am looking forward to it,” he said.

Ballarat is not the first stop in Kuany’s basketball journey. Born in South Sudan, he moved to Melbourne when he was nine, attending St. Kevin’s College, and continued to rise through the Victorian basketball ranks, eventually leading to a College career at Chaminade University.

Following four years there in which he averaged 14 points, eight rebounds and two assists per game, Kuany was offered a contract with the Cairns Taipans for the 2017-18 NBL season.

He has spent the past two seasons there, winning the Players Player Award this season. The exposure he has received at College and at NBL level has built his confidence, as he hopes to make an immediate impact with the Miners.

“With my time overseas and in the NBL it allowed me to play with all types of different players … so I hope to be able to come here and bring my experience to be able to make us competitive from the get go,” he said.

“He has a very versatile skill package and I believe he will flourish in a fast-paced style of play in multiple positions,” he said.

Joyce believes Kuany’s off-court exploits will have as great an impact as his on-court presence, with his leadership in Ballarat Basketball’s Sudanese School Community Program to be an important role in his community efforts.

“He is a quality person, a great role model for the Sudanese community and will be a great fit for our club,” he said.

Basketball Ballarat would like to welcome Kuany to the Miner’s family and look forward to seeing him in action on opening night, March 30th on the road against Nunawading.