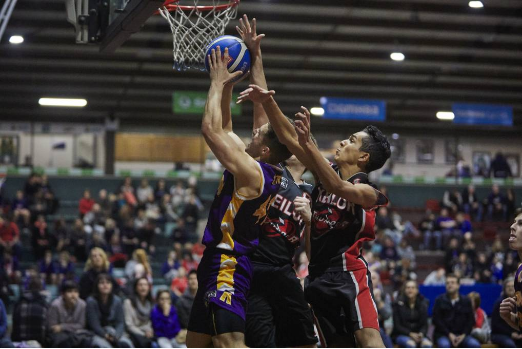 Ballarat hosted McDonald’s June long weekend basketball tournament, with 260 teams from across the state flocking to the city to compete in the 46th edition of the event.

After nearly 700 games of basketball in three days, some weary but happy young basketballers headed home with the trophies to show for another highly successful basketball event.

This story was originally titled ‘Results from junior basketball tournament’ on The Courier website. Photo by Luka Kauzlaric.

Ballarat teams performed creditably in all age groups and claimed the prestigious U/16 Boys A Grade title, while the U/16 Girls were runners-up.

“The new stadium at BSEC will be a godsend for this tournament because it will enable some centralisation to occur reducing the travelling time for teams between venues and will give the event a real sense that it is a carnival of young sport,” he said.

“It is my belief the tournament will continue to grow and as that happens even four new courts in two year’s time will soon be crowded.”​