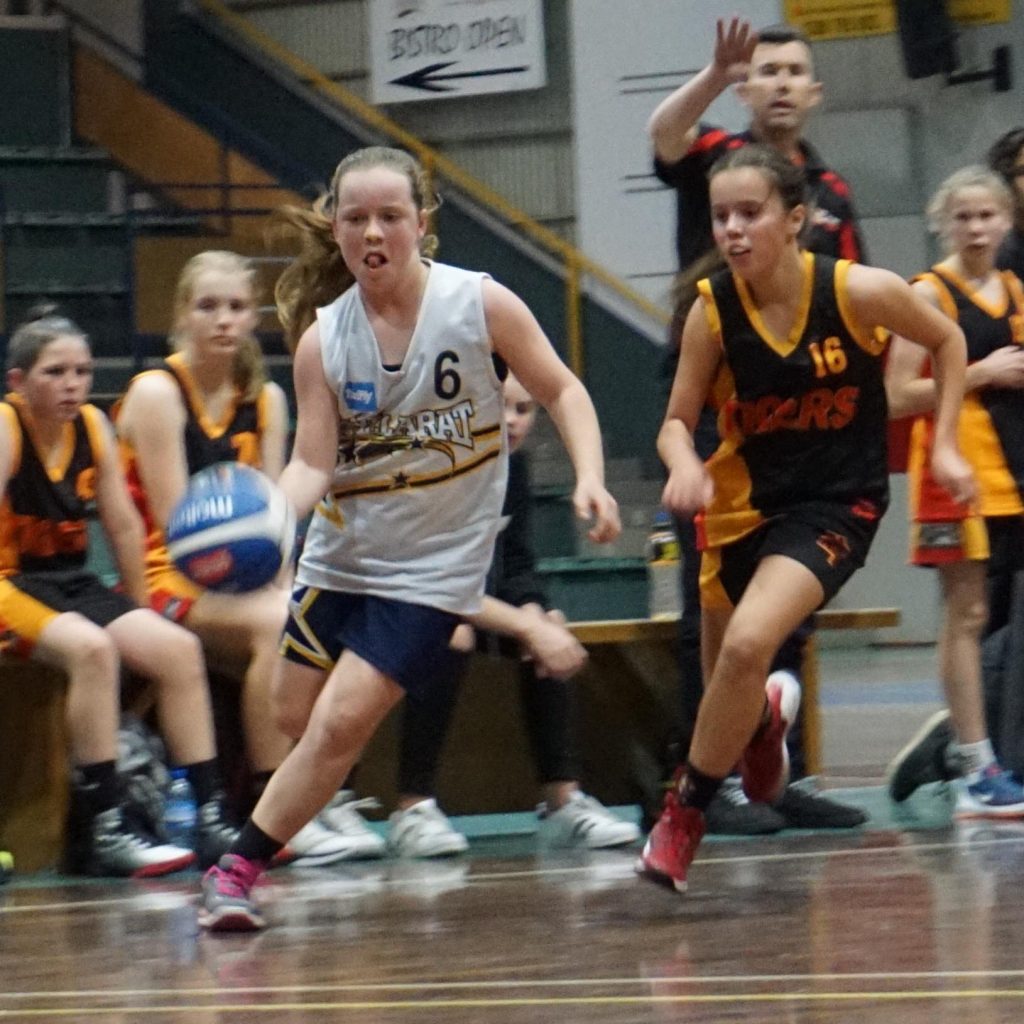 The Thrifty Under 14 Rush suffered a tough 19-55 loss against Melbourne last Friday, June 2, at the Mars Minerdome.

With three players and both coaches unavailable, it was always going to be a challenge. Under 12 Rush Head Coach Nick Grylewicz stepped up to coach the team.

Grace Cassells had the largest effect on the scoreboard for Ballarat with nine points while Melbourne’s Haley Segeth scored 11 for the visitors.

There are no Victorian Junior Basketball League games over the Queen’s Birthday weekend. Two games take place in Ballarat to kick off the second half of the season.

Friday, June 16 at the Mars Minerdome: