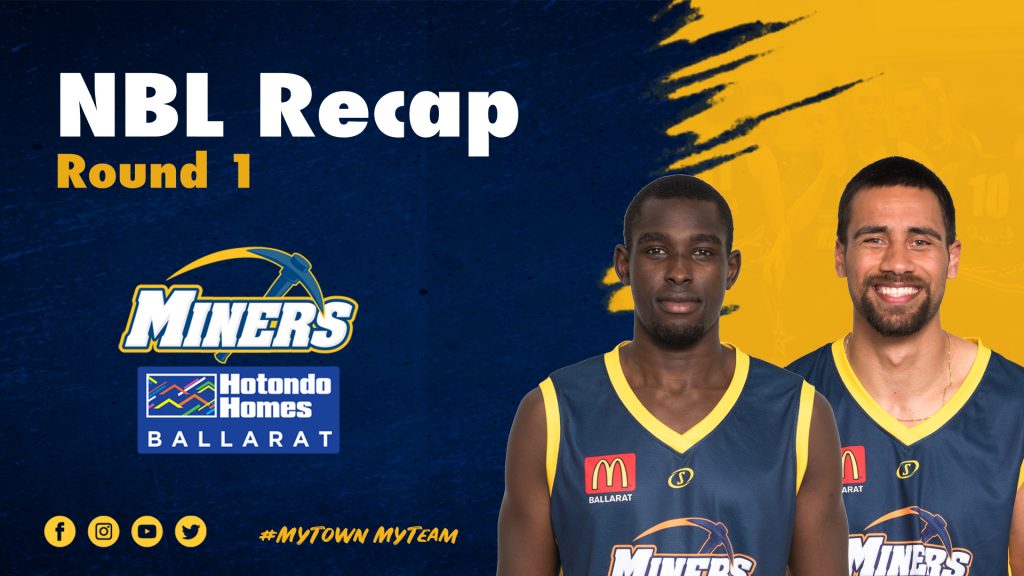 With a new look team including six new additions to last year’s squad, the Miners were able to put together a strong second half behind Josh Fox’s 20 points and 13 rebounds to open their season with a win.

Coach Brendan Joyce praised his team for their even performance, with four players scoring more than 17 points in the important road win.

“We had a really really good team contribution, and that is what is going to be required now,” he said.

After an even start to the game, Kuany Kuany found his groove early with seven-points in a row to give the Miners a 9-8 lead. A big chase down block from Ross Weightman saving a certain score then kicked the team into gear defensively, as they closed the quarter on a 15-6 run to lead 24-14 after one.

The promising start only lasted so long however, as Nunawading answered quickly, starting the second quarter on a 10-0 run to tie the scores. Weightman again fired up the team as he hit his first career three to stem the tide.

Similarly to the opening seven-minutes of the game, the remainder of the period was a back and forth affair, with the Spectres edging forward to take a five-point lead into the half, 45-40.

Joyce said the team was focused on the job at hand at the main break, knowing it was going to be a tough encounter until the final buzzer.

“We talked about just staying focused on our defensive plan and what we wanted to execute offensively. We felt it was a tough environment and we just had to battle through it,” he said.

The second-half saw the Miners play their best basketball for the night, as their experienced group of Jerry Evans Jr., Sam Short, Kuany Kuany and Josh Fox answered the Nunawading challenge.

Down by as many as eight early in the term, Evans Jr. and Fox led the way with seven points a-piece in the third quarter, as Ballarat fought its way back to a 67-66 lead going into the fourth.

The team answered their call, as an explosive 8-0 run to start the fourth quarter put them in a dominant position with just under eight-minutes to play.

As the Spectres continued to press, getting the margin to as many as four, Deng Acouth made his presence known with a timely basket and two blocks on ensuing possessions to almost put the game out of reach.

Two big three pointers from Fox and captain Sam Short then put the game out of reach, as the Miners found a way to escape Nunawading Stadium with a seven-point win.

The squad returns to Ballarat this Saturday night at 8:00pm for the home opener at the Mars Minerdome, as Bendigo comes to town for a big round two clash.