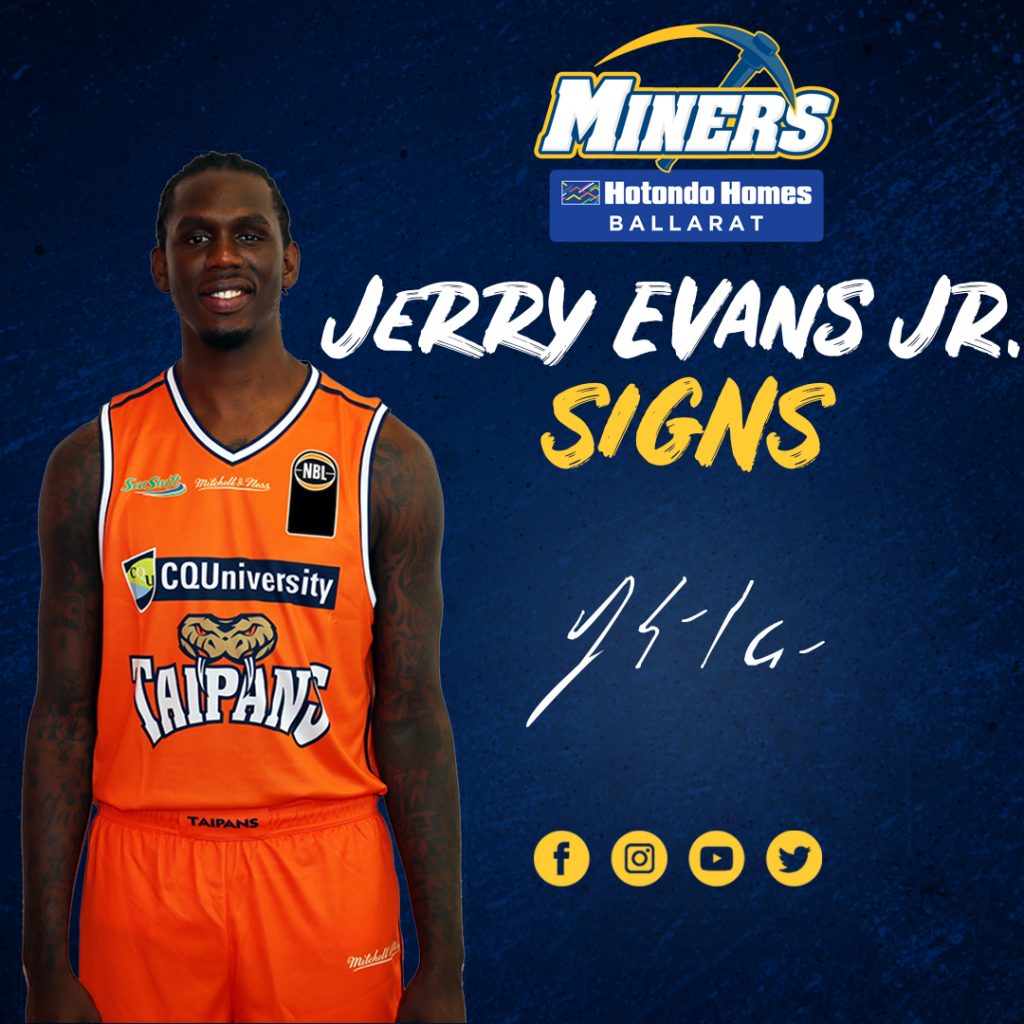 Evans Jr played with Sandringham Sabres in SEABL in 2017 where he averaged 21.1 points and 9.2 rebounds per game before being a training partner with Melbourne United suiting up for them in their pre-season games against visiting College teams, where he had 12 points against Wisconsin and a double-double of 11 points and 10 boards against Texas.
After a training stint with Melbourne, Evans joined the Cairns Taipans as a short term injury replacement.

Hotondo Homes Head Coach Brendan Joyce said “Jerry is a wonderful player with the versatility to play multiple positions from 2, 3 and 4” Joyce added “He can shoot the three and a good driver and is an athletic rebounder, I also love the fact that he also wants to defend.”

Evans said “I am looking forward to returning the Australian and joining Ballarat, I have heard great things and I can’t wait to get out there and compete with my team mates” Evans Jr added “I will bring excitement and a level of intensity, I am looking forward to playing in front of the Ballarat crowd and becoming a fan favourite.”

Joyce finished with “I have watched him play SEABL and put up strong numbers, He also played in the NBL with Cairns in 2016/17 as replacement player. I know he is quality person and the community will embrace his friendly demeanour.”

Senior Elite Miners Chair Matt Sheehan said “This is a fantastic recruit for our basketball club. To be able to get someone with the experience that Jerry has attained by playing overseas in Poland, Greece and playing for Cairns in the NBL will truly put us in good stead for the upcoming season.” Sheehan added “He’s a very versatile player both offensively and defensively and will be a great asset for the team and exciting for the fans to watch.”

Evans Jr will arrive in Ballarat in Mid-March after he completes his currently playing season in Cyprus before the Miners tip off on March 30.