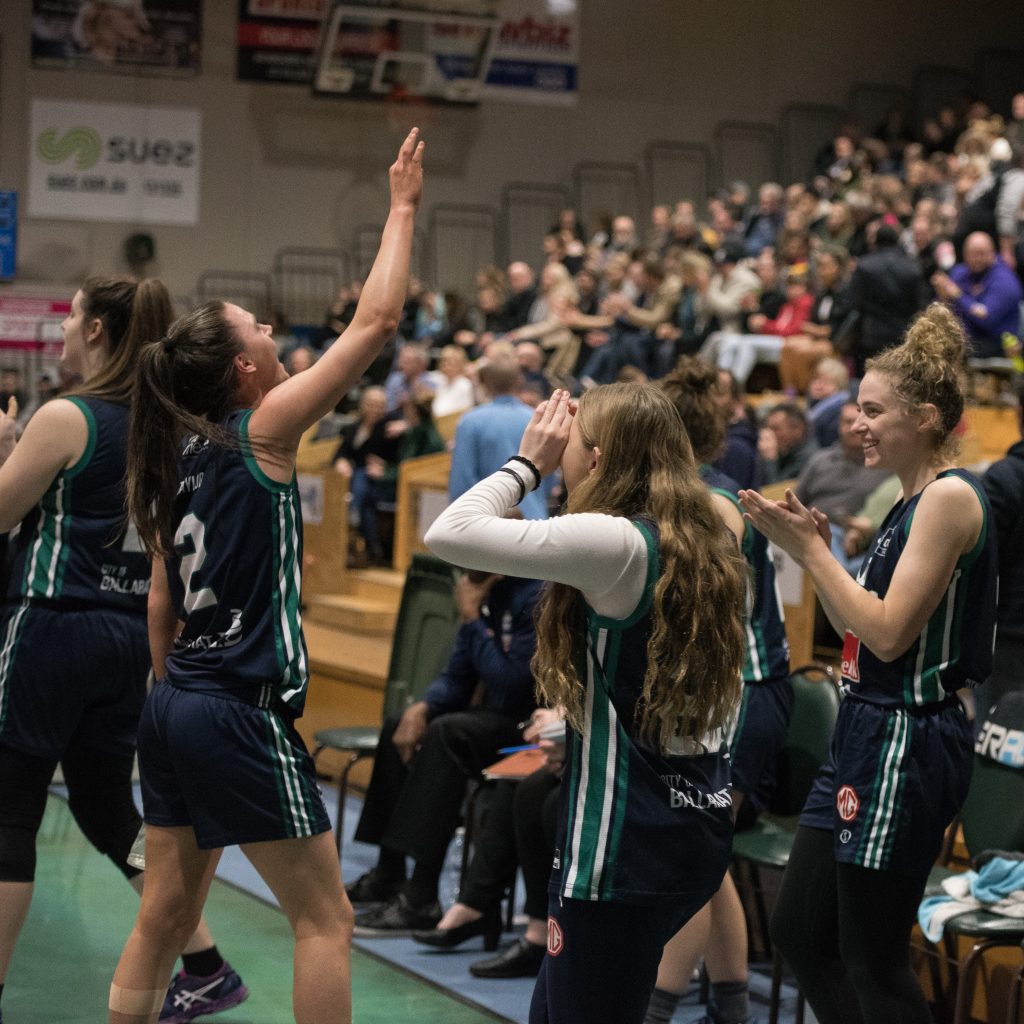 The Hotondo Homes Ballarat Miners and Selkirk Ballarat Rush have ended their NBL1 regular season with mixed results on Saturday night against the Melbourne Tigers.

In an historic night for the association, both teams wore throwback jerseys for the final ever game at the Mars Minerdome before the move to the new facility. 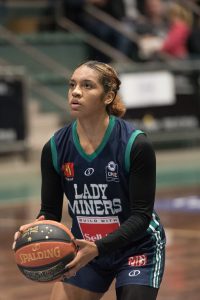 The girls began the evening with a hard fought 84 to 79 win, ending their season on a high note and knocking the Tigers out of the playoff hunt.

It was a very even performance from the squad, but Lucy Cochrane shined with six points, 13 rebounds and three blocks. She was ably assisted by Chanise Jenkins who top scored with 24 points, 11 rebounds and eight assists.

The Miners fought back after a poor first quarter but couldn’t catch Melbourne, who held on for a 78 to 86 win.

It was the battle of the guards for the girls, with Jenkins and Olivia Hackmann going head to head with Melbourne stars Monique Conti and Katie Bugden on the offensive end.

It was Joy Burke who got the ball rolling however, pouring in eight points for the term as the teams came into the break tied at 17 a piece.

Georgia Amoore made her presence known to start the second quarter, banging in a three-pointer to grab an early lead for the Rush.

Nine points from Hackmann and five from Jenkins for the term continued the Rush’s good form, extending their lead to five mid-way through the term.

As would be the case for the game’s entirety though, Melbourne wouldn’t go away, getting the deficit back to just one going into the half-time break. 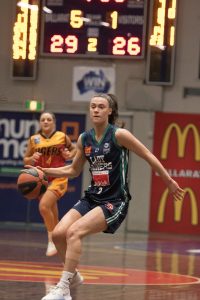 The Rush’s good shooting continued early into the third quarter, Burke and Hackmann putting on a quick five points within a minute and a half to push the lead back out to six.

After a back and forth term the Rush were able to get out to a game high eight-point lead after Hackmann grabbed an offensive rebound and was fouled, hitting two free-throws.

Claire Constable kept it going with a big three a couple of minutes later as the Rush continued to be dangerous on both ends of the floor.

As they did in the second however, Melbourne fought back to get the deficit back to just three going into the final term, setting up a great last quarter.

Katie Bugden bought Melbourne back into the game in the early parts of the quarter, five points in a row giving the Tigers a one-point lead with seven minutes to play.

Jenkins answered with a long three from the top of the key, getting the crowd on their feet as the Rush continued to push.

With back and forth scoring and neither team able to make a run, the game seemed destined to go down to the wire and possibly overtime.

Constable again made an impact off the bench however, knocking down a big three with a minute to play to extend the lead out to six.

After a Kasey Burton layup to get the deficit back to four for Melbourne with 40 seconds to play, it came down to free-throws for the Rush, the Tigers fouling intentionally to get the ball back quickly.

Hackmann and Jenkins hit two free-throws each to seal the game, a tough five-point win to end the Rush’s season on a high note.

While they couldn’t make the playoffs, Hackmann said to end their season with a win was great for the team’s confidence heading into next season.

“Obviously we wanted to make the playoffs but when you know that isn’t going to happen, you’re just hoping to end on a win because it leads into next year being good,” she said. 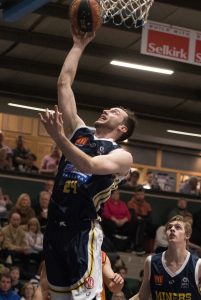 The Miners entered their final regular season game with top spot locked up but ran into a Melbourne side who needed a win to secure their playoff birth.

Missing Kuany Kuany due to Sydney Kings duties and with Josh Fox playing limited minutes after returning from national duties with Fiji, the boys were missing some key players.

The Tigers knew that and came out firing, a 10 to two run to start the quarter giving them the early advantage.

They were able to add to their lead, 11 points from Dane Pineau for the term helping them to a 27 to 14 lead going into the quarter-time break.

Coleman came out hot to start the second, hitting an early three-pointer to get the lead to 12 and get the bench and crowd up on their feet.

The game continued to be back and forth, Melbourne continuing to put points on the board. Sam Short answered back with two three-pointers in the quarter, but the Tigers headed into half-time up by 14 after a late three from Nic Pozoglou.

The boys came out hard in the third-term, attacking the rim at every opportunity. Coleman reaped the rewards with two free-throws, Short adding another not long after.

Zac Dunmore made the most of his extended minutes throughout the quarter, hitting a three and knocking down another jumper to get the deficit back to just seven. 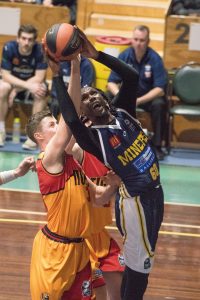 The Tigers continued to answer the call though, a seven to nothing run helping them push the lead back out to 13 at three-quarter time.

Some buckets started falling for the Miners as the comeback began to start the final quarter, Coleman and Short knocking in two three-pointers as the deficit was bought back to 10.

This was as close as the boys would get however before the end of the game, Melbourne answering every call as the Miners tried to fight back.

A six to nothing run to end the game bought the lead back to six, but it wasn’t enough as the Tigers took away an eight-point win.

Brendan Joyce said while disappointing to lose, the squad is keen to re-group and look towards the playoff journey ahead of them.

“It’s really easy to re-group, I’ve got a good bunch of guys. We played a half of basketball, defensively in particular and we still nearly won the game, so I’m looking at all the positives,” he said.