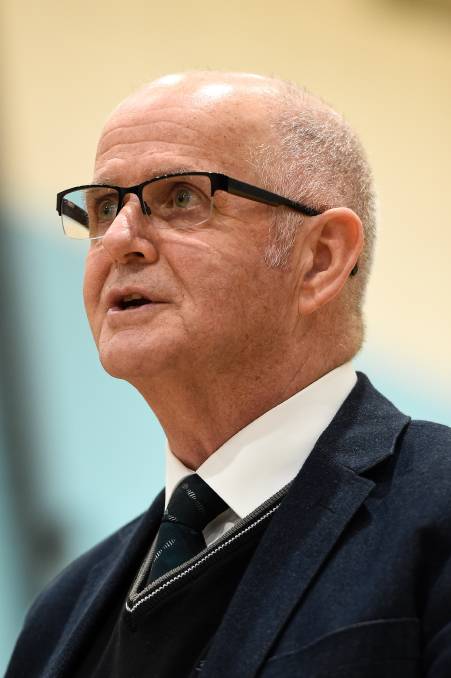 Basketball Ballarat’s long time CEO Peter Eddy has announced his decision to retire from his role later in 2020, ending 30 years of service as the leader of the Association.

Eddy said, with his current contract due to finish in December this year, he felt that the time was right for the ever-growing business of Basketball Ballarat, the Ballarat Sports Events Centre and the Minerdome, to have the next generation leader ready to take the organisation forward into the next phase of its growth in Ballarat West and Regional Victoria.

While saying it was a difficult decision to finish this year and knowing how hard it will be to move away from the business that has consumed much of his life, Eddy feels that the organisation will benefit greatly from fresh ideas and new leadership.

“I am absolutely privileged to say that I will still have the same passion and enthusiasm for my role and our organisation on the last day that I walk through the doors as CEO as I did on my very first day”.

Eddy feels the time is right for this transition and has been working with Basketball Ballarat’s Board of Directors for nearly 18 months to prepare for the transition and re-organisation of the Association.

Board Deputy Chairman Simon Cornwell, who oversees the Basketball Ballarat Organisational Review Group and CEO transition, said that is was an honour to work with Peter, and the Board recognised his commitment over 30 years to Basketball and sport in the Ballarat community. The Board recognizes that we are saying goodbye to the best sports administrator in Ballarat and it will be a difficult position to replace as Peter has been the backbone of the exciting growth in Basketball throughout the region. Although he won’t be far away, we accept Peter’s decision that it is time for him to make the move and we wish him all the best in the future. 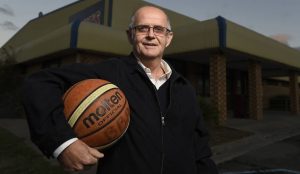 Married to wife Maxine and with a daughter Jessica, Eddy credits them for their support and encouragement which allowed him to devote extra time to his role over the years.

Having decided to handover the responsibilities of leadership at Basketball Ballarat, Eddy is not ready to fully retire and hopes to decide on his future community and professional involvements in the coming months. He has taken the advice of several mentors in looking to cut back on his workload commitments in the years ahead.

One role that Eddy said that he intends to pursue is to nominate for Ballarat City Council at the elections due late this year. “I have learnt so much about the need for our community to grow and evolve in recent years and I feel that I could contribute across a broad range of community matters if I was elected to Council”.

volunteer, later joining association sub committee’s then finally the Ballarat Basketball Board of Directors before being its Chairman for 10 years. Sports administration and management quickly became a passion which still burns strongly today.

on a sports management contract then in a full-time role.

roles over the past 20 years.

It is expected that the position of CEO for Basketball Ballarat will be advertised in June.