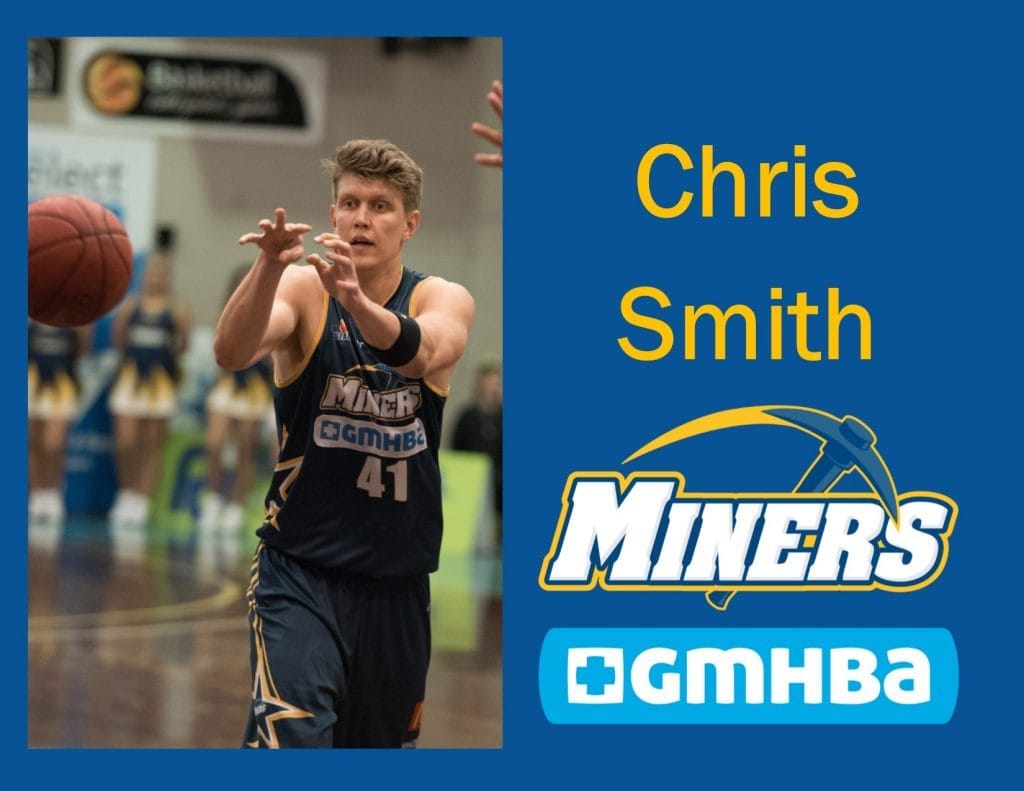 The GMHBA Ballarat Miners are thrilled to announce that 208cm centre Chris Smith has re-signed with the club for his fifth South East Australian Basketball League season.

Smith joined the Miners in 2013 and since then has been taken in by the community and is now considered a local. Smith completed his teaching degree in 2016 at Federation University and has since accepted a position at Ballarat Specialist School where he has enjoyed spending time whilst studying.

Smith had an interrupted 2016 season with a calf injury only managing to play 15 of the 24 games but before Smith went down. GHMBA Miners Head Coach Eric Hayes said “Smitty was having a great season for us, he was doing everything asked of him and was getting better it was a shame he got injured when he did.”

Smith has played 93 SEABL games with the Miners and averaged 4.9 points and 5.2 rebounds a game since arriving from Mt Gambier.

Hayes said “Chris has been a valuable member of the Miners and the Ballarat community. We are thrilled he has agreed to re-sign. It is wonderful to see an athlete from our program take up such an important role teaching at the Ballarat Specialist School, where we wish him all the best.”

Smith is the fourth signing for the Miners and the first local for the 2017 season. Miners Elite Teams Chair Matt Sheehan said “It is important for the Miners to have continuity within the team from year to year and to also have local players playing and Chris meets both and we are pleased he has agreed to continue his career with us.”

Smith will return to Queensland to see his family over Christmas and will return to Ballarat in January to continue his pre-season and start his new full time job.

Smith said “I am really looking forward to starting teaching full time, I just the love the kids here at the Special School.” Smith added “I have thoroughly enjoyed playing basketball here in Ballarat, and to be able to continue to play at the SEABL level for another year is a wonderful opportunity I look forward to taking head on.”

In other news, Abbey Wehrung has informed the Ballarat Škoda Rush that she will not be returning to the club in 2017. The club wishes Wehrung all the best in the future where ever that may take her.