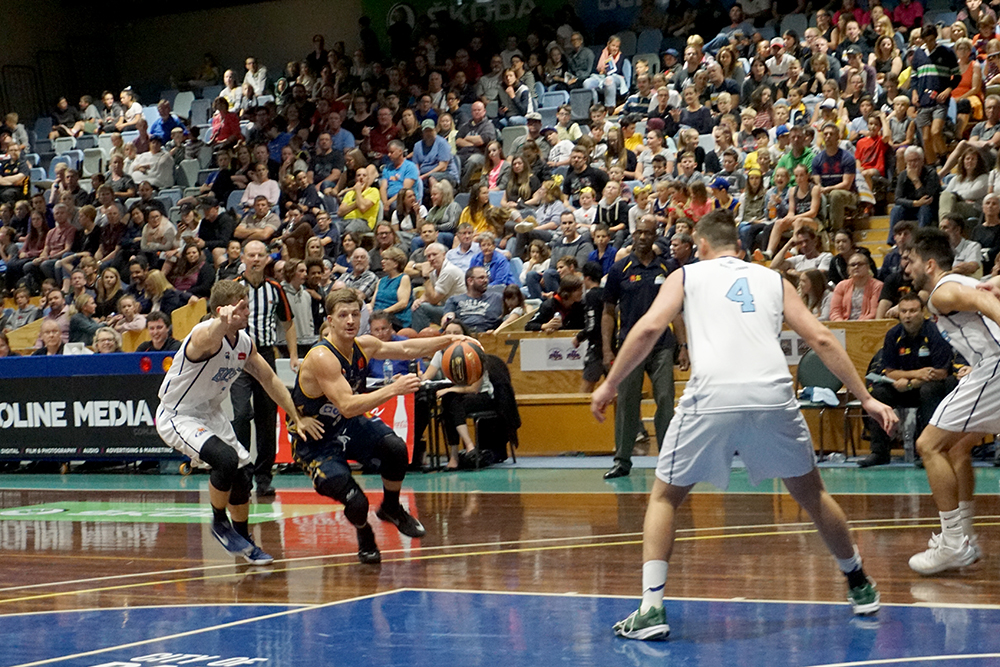 Ballarat cemented their place near the top of the SEABL ladder, with a win against North-West Tasmania on Sunday at the Minerdome, 98 – 79.

Both teams came off wins on Saturday night, with Ballarat beating Frankston at their home court, 82 – 89 and North-West Tasmania thrashing Bendigo, 73 – 112.

Ballarat’s Marvin King-Davis was outstanding on 22 points and 2 blocks. Leon Henry finished the game on a great 21 points and 12 rebounds.

It was a pivotal win today for the Miners, Head Coach Eric Hayes was happy to get some good momentum going into finals. Before the game against Frankston Ballarat needed to win to simply secure finals, so to get that win and know we are definitely going to play finals, said Eric was a relief, then “today its about whether we want to have a shot at a top 2 finish, we needed to win today to give us that opportunity, the guys responded and we got two good wins.”

Ballarat’s scoring options and ball movement were excellent on Sunday. Hayes was excited that his side “did it for all 4 quarters, and when we start doing it you see what happens, we just exploded on the scoreboard.” Hayes said the Miners are great to watch, a really explosive brand of basketball.

Ahmad Starks was outstanding in Ballarat and NW Tasmania’s last encounter, and on Sunday, Sam Short was able to keep him to 14 points, “he did a really nice job, he’s so long and he was so committed to getting a stop, he knew what he did last time and his mindset was, he is not going to do it again”, said Eric.

Ballarat were so cohesive on Sunday, something Hayes and the team have been working on “We continue to talk about it, how important it is, you see it there when they do it its pretty impressive.”

The Miners have maintained their focus, despite a number of distractions, with players getting NBL contracts and other training commitments. Hayes said “that’s just part of it, but when they get here, they are focused on what we’re doing and its been great, but they are staying motivated on what we are trying to accomplish here.”

The coaches have worked really well together this year, said Hayes and noted that Nathan is like the brains trust and Justin brings in a great feel to the team and I try to moderate between the two – its been great working with the both of them this season, said Eric.