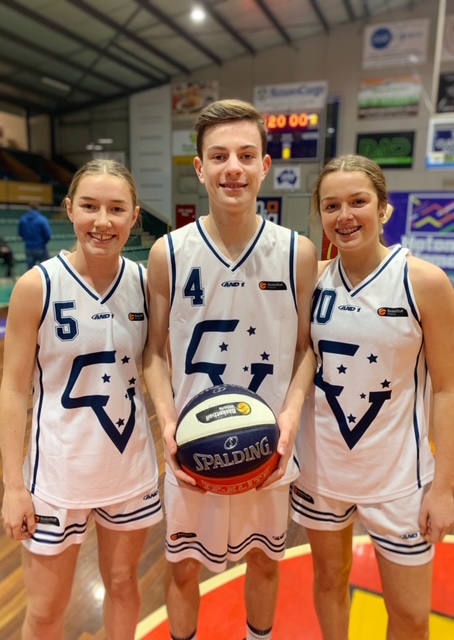 Congratulations to Rosie Todd, Alex Molan and Milly Sharp who have been selected in the Vic Country U16 Representative Teams.

Heading to Darwin from 6 – 13 July 2019, these three will take on the rest of the nation in the last national competition of the year.

Jemma Amoore has also been selected as an emergency for these Championships.

It was an absolute nail-biter of a finish in 2018 and with another potent side put together for 2019 we can expect a highly competitive Victoria Country U16 Girls team.

For Victoria Country Under-16 head coach Mat Holmes, it is imperative that the team can stay flexible. “Having a great mix of players with a number of athletes who can play multiple positions, which will allow great versatility and will give us some creative line ups,” said Holmes. “I believe we will have the ability to score through a number of different avenues and also be able to maintain a defensive intensity that is needed at an AJC, which is very important.”

Victoria Country Under-16 Boys head coach Joel Anderson said the side, full of fresh faces, has plenty of multifaceted players ready to take on the best in Darwin. “The roster features a lot of quickness and length which we hope will cause a lot of problem for opposition offences” said Anderson.

Reflecting on the try outs and selection Anderson said “All the players and coaches were really pumped on Saturday after selections and they’re really hungry to build their own identity and take on the best the other states have to offer”.

We are extremely proud of all these young aspiring athletes from Basketball Ballarat.