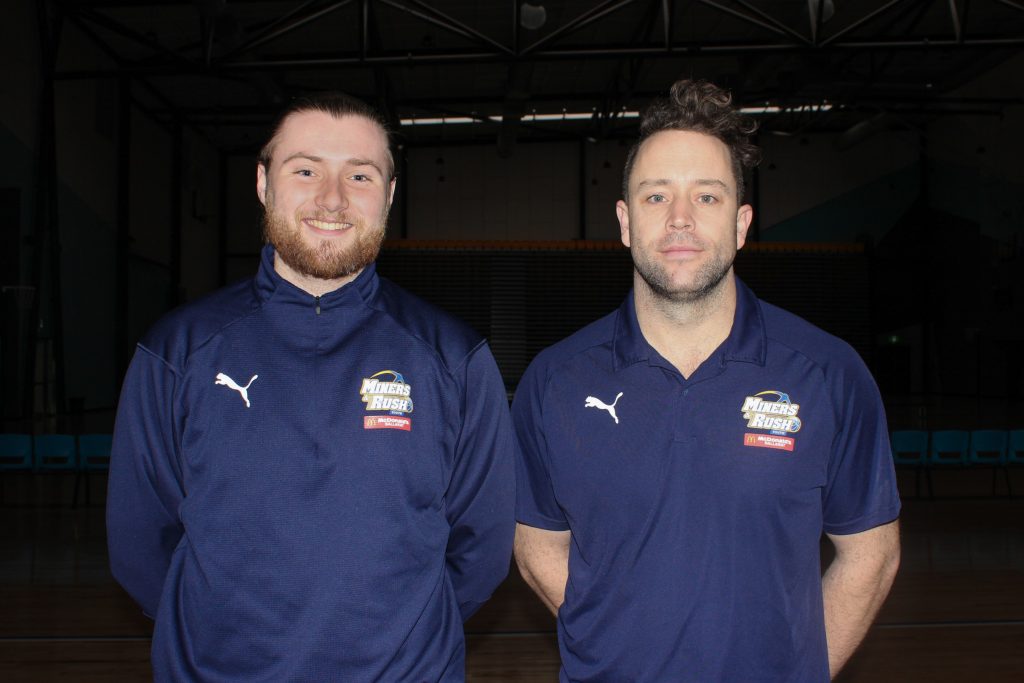 Basketball Ballarat are pleased to announce the appointment of the mens youth league co-coaches for 2020.

Daniel Knaggs will re-take the helm as head coach of the McDonald’s Ballarat Miners Youth for the 2020 Youth League Championship season however he will be joined by 2019 assistent coach Ryan McKew who will now co-coach the team with Knaggs for next season.
Senior Elite Teams Committee member Colin Madigan commended the coaches on the 2019 season. “The Senior Elite Teams Committee we would firstly like to say Congratulations on winning the Youth League One Championship in 2019.” Madigan said.
Madigan was very impressed with the season and the efforts both coaches had put in. “I personally would also like to commend you [Knaggs/McKew] on the way you handled and conducted yourself with the end of season reviews and the level of discussion held with all players involved.”
“The feedback and acknowledgement from the players on your efforts and commitment to the team and the season, resulted in the best outcome.” Madigan said.
“Well done on being appointed as Co-Coaches for 2020 season.” Madigan ended with.
2020 McDonald’s Ballarat Miners Youth Co-Coaches
After winning the Youth League One Championship in 2019, next year the McDonlad’s Ballarat Miners Youth will go up to the Championship division playing against the best U23 talent in Victoria.
×
Scroll To Top