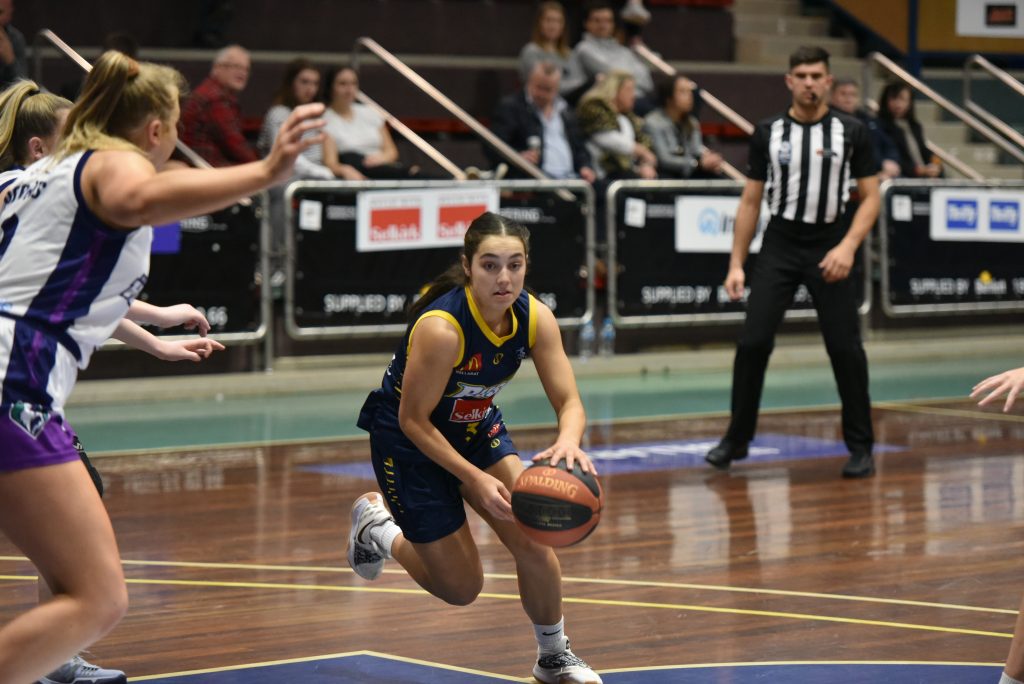 The Hotondo Homes Ballarat Miners and Selkirk Ballarat Rush capped off a successful Round 13 with two strong wins over the Hobart Huskies at the Mars Minerdome on Saturday night.

The girls led from start to finish to take a 72 to 64 win and improve their record to 6-11. Chanise Jenkins led the way with 24 points, four rebounds, 11 assists and four steals.

The boys followed with a dominant performance, adding to their lead in every quarter to take an 89 to 60 victory. Jerry Evans Jr. led the way with 21 points, 11 rebounds and three steals, but it was a team effort with four of the five starters hitting double figure scoring. 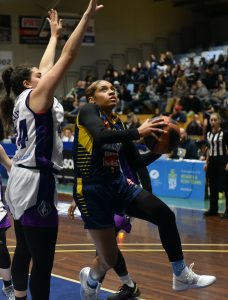 The Rush set the pace early, going on a 10 to one run to start the game, helping them to a four-point lead going into quarter time.

Hobart hit back in the second term as the Rush’s shooting from the field dropped, going 6/18 for the quarter. They took a three-point lead early in the quarter but as happened throughout the remainder of the quarter, the girls three-point shooting kept the Rush in the game.

Laura Taylor, Claire Constable and Olivia Hackmann all knocked down big shots to keep the scoreboard ticking over and help them to a four-point lead going into the main break.

Off the back of this hot shooting from deep, the Rush came out in the third-term locked in and put themselves in a great position to take the win.

After a back and forth start to the term Hackmann drove hard down the middle of the lane and drew contact, knocking down two free-throws. This began a big run for the Rush, as their defence locked down the Huskies and helped the likes of Taylor and Jenkins to get easy lay-ups in transition.

As Hobart made their push in the fourth, Claire Blower made her presence known off the bench, grabbing an offensive rebound and easy layup and another two-points off a sweet feed from Lucy Cochrane to help extend the lead to 14.

The Huskies held strong though and made a big push with a 10 to nothing run off the back of some quality shooting from behind the arc, bringing the deficit back to just seven.

The girls held strong though, their defence locking up the Huskies in the final minutes and allowing twin towers Cochrane and Joy Burke to knock in back-to-back buckets to extend the lead back out again and help the Rush to an eight-point victory.

This set the scene for the Miners who were hoping to continue their good form heading into their playoff campaign in a couple of weeks’ time.

Their intent was obvious from the outset, the boys hitting everything on the way to a 10-point buffer at quarter time. 11/20 shooting from the field including two three-pointers set the Miners up, led by Josh Fox and Jerry Evans Jr. who each had nine points in the term. 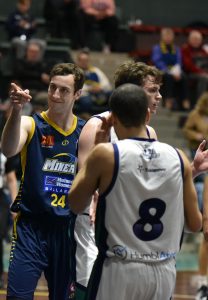 As has been a key part to the boys game in the last few weeks, the foot remained on the gas in the second quarter and they extended their lead.

Tristan Fisher and Sam Short knocked down back-to-back three pointers to start the term, coming off some slick passing to find them wide open, the bench and crowd on their feet as the lead ballooned out to 16.

The remainder of the quarter was very even, the Miners able to take a handy 13-point lead into the half-time break.

The first half was just the beginning for the boys, as they outscored Hobart by 16 in the second half. Evans Jr. and Kuany Kuany led the way early in the third, hitting back-to-back threes to help the lead out to 17.

The Huskies remained in the game however and continued to press and try and make a run to get the scoreboard back in their favour. The Miners answered though with a 10 to nothing run, Ross Weightman knocking down a three off the bench to help him to 10 points on the game.

This set up the remainder of the game for the Miners, knocking the confidence out of the Huskies. Their defence continued to be strong during the fourth and they reaped the benefits on the other end, helping them to a 13 to nothing run as the lead jumped out to 28.

The boys ended up with a 29-point win and improved their record to 16-2, three games clear on top of the NBL1 table.

The Miners and Rush now look forward to welcoming Waverly to the Mars Minerdome next Saturday night, the girls tipping off at 6:00 pm followed by the boys at 8:00 pm.